This community led project will collect food donations which will be distributed to local food banks who cater for the most vulnerable in our community. Every first Saturday of each month

The driving force of this project is to provide long term assistance to our vital local charities.

Abdullah bin Amr (ra) said, ’A man asked the Prophet, “What Islamic traits are the best?” The Prophet said, ”Feed the people, and greet those whom you know and those whom you do not know”’. [Bukhari]

The Prophet (saw) said, “O Abu Dharr, when you cook a stew, put more water in the broth and take care of your neighbours“’. [Muslim]

The below quote has been taken from a longer Hadith Qudsi:

An increasing number of people living in Walthamstow are affected by the pandemic and are having to turn to local food banks for their basic needs. We are starting a community led project to collect donations from the local community in order to give to local foodbanks

Please help by donating the (no cooked or frozen items please): 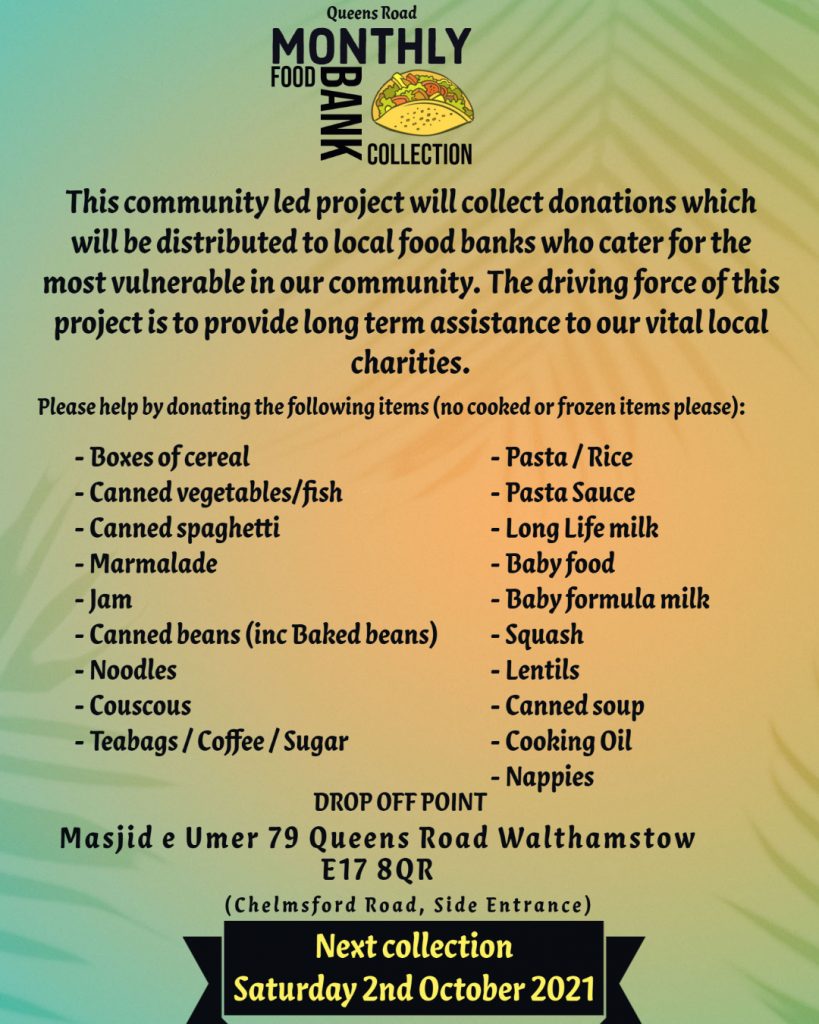 Whoever builds a masjid for the sake of Allah, Allah builds for him a mansion in Jannah” (Al-Hadith, Sahih Bukhari).

We accept cash or bank transfers for donations